Alexandra has more than 15 years of development, policy, and advocacy experience working in 18 countries across the globe. She led humanitarian disarmament initiatives in some of the world’s most bombed and mined countries, first with the United Nations in Cambodia, and then with the Cluster Munition Coalition in Laos, followed by Lebanon. She then established the PAX office in New York and served as the Representative to the United Nations, focusing on the protection of civilians in Syria, Iraq, and South Sudan.

She began her international development career implementing pandemic preparedness projects in Africa, Asia, and Eastern Europe. Prior to that, she was a Princeton Project 55 Fellow with the Center for Neighborhood Technology in Chicago, where she conducted outreach for the nation’s first market-based residential electricity pricing program as well as Chicago’s first car-sharing program.

In her personal time, she is the Chair of the Board of Directors for Legacies of War, the only U.S. organization dedicated to raising awareness about the history of the Vietnam War-era bombing in Laos, advocating for the clearance of unexploded bombs and survivor assistance, and providing space for healing the wounds of war, creating greater hope for a future of peace.

Alexandra earned a B.A. from the University of Chicago, an M.A. from Uniwersytet Jagielloński in Kraków, Poland, and an M.S. in Urban Policy and Leadership from Hunter College in New York City. She also studied at Sciences Po-Paris.

We'd love to have it! 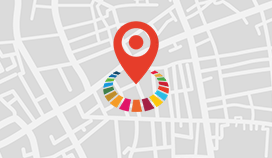 We’d love to feature it!

Does your organization wish to start a discussion?

We’d love to feature it!