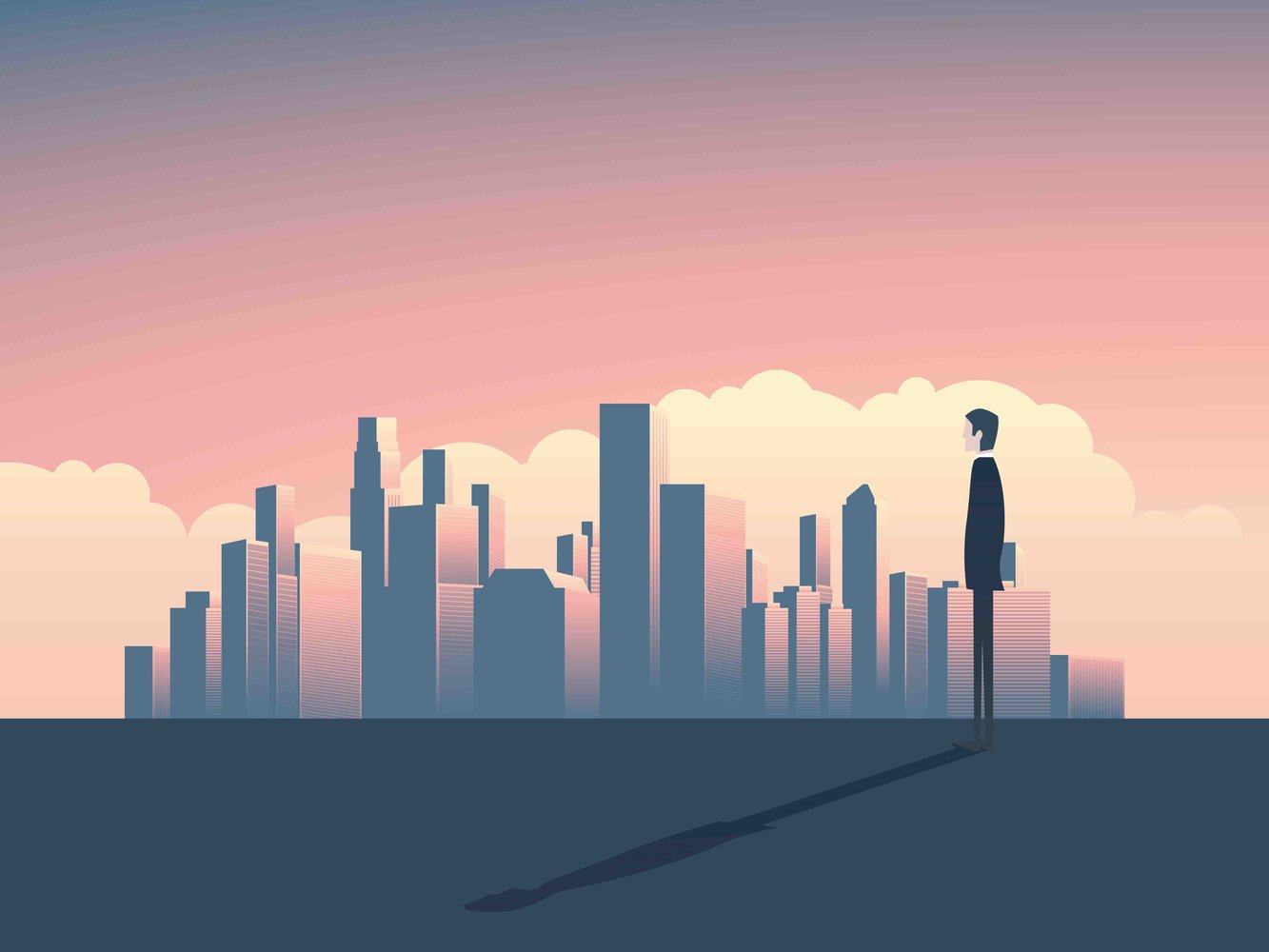 The Financing for Development process made possible a broadly participatory discussion on urban sustainable development finance during Habitat III. It’s time for the outcomes to be acknowledged — and for cities and others to take a seat at the table.

National governments just wrapped up a major review of progress on the Sustainable Development Goals (SDGs), which went into effect last year. Yet even as states have begun reporting on the implementation of this 15-year framework, a key element of how to pay for that work remains unresolved: the role of cities and other “subnational” entities.

To understand this question today, we first must look back a few years. Three months before the SDGs were finalized in September 2015, governments and others came together to discuss the critical issue of financing. As part of a process called “Financing for Development”, national governments met in Ethiopia’s capital, where four days of negotiation resulted in an agreement called the Addis Ababa Action Agenda.

This document was itself a major milestone — the first time that world leaders put in place a comprehensive financing framework directly tied to goals of the U. N. development agenda. For urban practitioners, however, the significance of the AAAA goes beyond its comprehensive treatment of development finance issues.

Most notably, the AAAA provided the basis for collaboration between innumerable stakeholder groups that led to the New Urban Agenda, the 20-year strategy on sustainable cities approved at last year’s Habitat III conference. Importantly, the New Urban Agenda was meant to function as a road map for implementing the SDGs in cities.

The debates on urban finance around the New Urban Agenda brought to the surface a range of city and other local issues that the AAAA, with its principally national scope, did not address. For sustainable development to be a success, then, it is important to feed these local issues back into the multilateral process. Given cities’ recognized centrality for sustainable development, urban issues need to at the top of the agenda and strongly inform any action toward the SDGs.

The AAAA for the first time enshrined the importance of subnational finance for sustainable development. In the agreement’s Article 34, member states acknowledge the importance of spending and investments taking place at the local level, as well as the need to support revenue mobilization and debt management.

Addis was part of a broader trend that put the cities dimension on the map and recognized the important role of local governments and subnational actors. The United Nations remains an institution driven by member states, where empowering cities financially is not politically easy. In this context, the AAAA is a notable achievement.

Besides the local question, the most significant achievement generally ascribed to the Financing for Development process, commonly known as FFD, is having changed the conversation on development finance. On the one hand, it shifted emphasis away from the importance of official development assistance  — the type of bilateral aid typically offered by developed countries — to instead underscore the importance of many other dimensions of development finance, especially domestic resources.

On the other hand, FFD also refined the role of international financial assistance and the strategic use of development assistance. Under this new approach, the latter should be used for unlocking private investment — the process brought terms such as “blending” and “de-risking” into the mainstream development discourse — and for targeting particularly poor and vulnerable countries.

In this broad sweep, however, there is notable a gap in this process. Besides Article 34, FFDremained a largely national-level conversation, with little specific attention given to follow-up actions by cities and regions.

From Addis to Quito

The two-year process that led to the New Urban Agenda provided a platform for diverse urban stakeholders to forge a common understanding and language on what sustainable development finance means for cities. These included governments at different levels, civil society, intergovernmental organizations, private-sector entities and community-based organizations.

While the New Urban Agenda explicitly reaffirms a commitment to the AAAA, it goes much deeper into the specifically urban dimensions of development finance. One of the principal moments related to finance was a preparatory meeting for the main event on financing urban development, held in Mexico City in March 2016. Its outcome document, the Mexico City Declaration, is the most significant statement on urban finance to emerge from the Habitat III process.

Across 11 areas of interest, the Mexico City Declaration sets out “drivers for action” that effectively localize many of the dimensions of sustainable development finance included in the AAAA. It touches on the three main urban finance entry points: resource mobilization, long-term borrowing and investment, and public financial management. Let’s look briefly at each of these.

Mobilizing “endogenous” resources: The Habitat III process underscored the importance of strengthening local revenue bases. Fiscal decentralization, involving local taxation and the ability to levy fees on private urban development, is singled out as an important element helping cities to garner the resources needed for substantial infrastructure investments. In most countries, central governments collect 80 to 100 percent of tax revenues, while cities generate up to 80 percent of world gross domestic product.

In addition, greater predictability in fiscal transfers from government, based on participation in other areas of taxation (value-added taxes, income and pollution taxes), could help securing revenue streams that can be used for investing in sustainable infrastructure and services. The Mexico City Declaration also points out the important roles of local populations in mobilizing revenue for sustainable development, including through cooperatives and specialized organizations, both formal and informal.

Accessing credit and new investment vehicles: In contrast to the AAAA, which downplays the role of international public development finance, the Mexico City Declaration and the New Urban Agenda foresee it filling an important strategic gap.

Development finance could open up potentially game-changing options for cities. For instance, used in the shape of investment guarantees, it can reduce commercial lenders’ perceptions of risk regarding sustainable urban investments. It also can be used to seed innovative investment vehicles, such as pooled financing and municipal development banks and funds.

National governments should be supportive of these developments, including allowing cities direct access to multilateral fund, such as the Green Climate Fund. They could also create enabling environments for the local private sector to invest in sustainable infrastructure in partnership with local government, perhaps through public-private partnerships.

Nationally, frameworks fostering inter-municipal cooperation and investment planning could provide a much-needed coordination mechanism for efficiencies in delivering water, waste, transportation and energy services. This would have added benefits for secondary cities. Internationally, city-to-city cooperation and networks of local governments should be supported to facilitate exchanges of knowledge and good practices on urban financial management.

In addition, both the Habitat and FFD processes emphasize the need to strengthen local government capacity around financial management. This is sorely needed to improve their management of the project cycle, from design through development to implementation.

In May, a major follow-up meeting took place on the Addis Ababa Action Agenda. Given the critical dimension of sustainable development, it may surprise some that urban finance issues hardly featured at that event. Dominated by national issues, the outcome document did not even reaffirm a commitment to build on Article 34, despite an explicit request brought by the mayor of Belize City.

Going forward, the multilateral process and institutions need to take seriously the significant advances that have been made on forging a common urban finance agenda through the participatory process around the New Urban Agenda. There are three specific actions that would ensure cities and other subnational entities can be effective sustainable development partners to FFD in the aftermath of Habitat III.

Illicit financial flows cost developing and emerging economies over USD 7 trillion between 2004 and 2013, a number that is growing nearly twice as fast as global gross domestic product. These are funds that could have been invested in sustainable projects. National action on investment environments needs to address fundamental flaws in the financial system that are beyond the power of local actors to influence.

Achieving sustainable development will hinge in large part on moving toward alternative infrastructure and service choices. These will require large investments, up to USD 90 trillion by 2030. As both prime locations and often likely investors, cities need to receive the necessary recognition, tools and backing to meet the sustainable infrastructure challenge.

Here FFD can play an important role in catalyzing and coordinating sector and regional pipelines that are sustainable, well-prepared and bankable. The Global Infrastructure Forum, established by the AAAA to promote opportunities for investment and cooperation, is an important entry point for deepening dialogue between national and local administrations, as well as across between the public and private sectors.

In addition, FFD could become an avenue for cities to tap into new sources of financing at the intersection of strategic overseas development assistance and the investment project-level work of development finance institutions. Specifically, cities could benefit from proven investment vehicles such as guarantees, syndicated loans, collective investment vehicles (CIVs) and credit lines. These mobilized over USD 80 billion from the private sector during 2012-15.

A recent U. N. report on financing urban development in least developed countries concluded that to be successful, global sustainable development must achieve meaningful recognition and inclusion of local governments and civil society in decision-making processes.

The latest FFD follow-up meeting confirms that the absence of local voices will mean that their issues slip from top of the agenda — a stark reminder, at a time when recognition of their importance has never been higher. As a start, the Mexico City Declaration should be on the essential reading list for national representatives in the FFD process.

The next major meeting to check in on progress on the AAAA is scheduled to take place in April 2018. Before then, viable and effective channels are needed for mayors, local institutions and communities to participate in the FFD follow-up process and the financing discussions around the SDGs. As the Mexico City Declaration states, now is the time for these local voices to take a seat at the global table and shape strategy and decision-making.