Asian Cities at the front lines of Sustainable Development 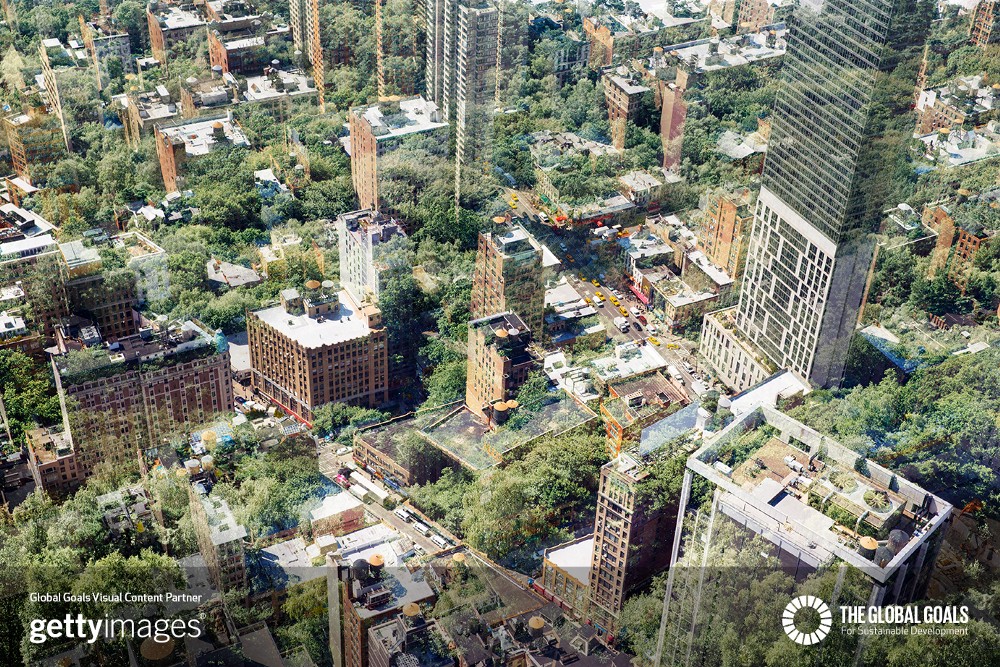 Having grown up in the Netherlands, it is still hard for me sometimes to fully comprehend the size of China.

Many of its provinces have a larger population than the whole of my country. Its 10 largest cities each have more than seven million residents, with Shanghai topping the list with a population of 22 million.

When you are dealing with such numbers, bringing the UN’s Sustainable Development Goals down to the city level cannot be an afterthought. Cities and municipalities will be key players in reducing poverty, providing access to water and sanitation and increasing energy access and efficiency, to name a few of the targets the world has agreed to meet by 2030.

The logic is also that this level of government is closer to the people and is therefore better placed to make sure we ‘leave no one behind’ — a key principle that underpins the Goals. Take that with the projections that half of Asia’s population will live in cities by the year 2018 (and nearly two-thirds of China’s by 2030) and cities are on the front lines of development. They are arguably the players to achieve the SDGs. But how many are actually aware of this ambitious agenda and their role in it? And how many are well equipped to fulfill it?

How many mayors and city governments know about Goal 1, for example, which commits us to end poverty in all its forms everywhere, while 260 million poor people live in urban areas?Or even about Goal 11 on sustainable cities and human settlements which demands access for all to adequate, safe and affordable housing and basic services while currently an estimated 880 million people are living in slums globally?

UNDP China has taken on this challenge.

They are actively reaching out to city governments to raise awareness about the sustainable development agenda and support them in making progress against key targets. Based on this progress an SDG Seal is awarded encouraging friendly competition among cities. They have also developed a Massive Open Online Course on the Sustainable Development Goals, which anyone — including you — can take.

I learned about these efforts at a cross-country exchange in Beijing between the big three in the Asia-Pacific region: China, India and Indonesia. All have taken steps to localize the SDGs and UNDP colleagues came together to compare notes and see what they might learn from each other, and what could be of interest to other countries in the region.

This is not as straightforward as it might seem. Between these three countries there are already differences that make it difficult to apply an approach from one country to another. The level of autonomy and resources available to cities for example, or whether city officials are elected or appointed; how national and city planning are organized, or the level of influence of the private sector. Despite a general push for decentralization in Asia, the results are uneven and many cities lack the power and money to act decisively.

Nonetheless, experience sharing and network building between cities, especially on how to implement the SDGs can be a powerful avenue for change. Networks such as CityNet, the Global Network of United Cities, Local and Regional Governments, and the C40 Cities Climate Leadership Group are bringing city leaders together to act on global issues. Promoting such peer-to-peer networking is also one of the recommendations of the recent Regional SDG Report on “Eradicating poverty and promoting prosperity in a changing Asia-Pacific”.

Even when experiences are diverse, learning about how others solve problems can take you out of your box. One of the colleagues from Indonesia at the cross-country exchange asked: Where are the masses? He had expected something completely different from the leafy neighborhood of the UNDP office in Beijing with its quaint canal, chirping birds and old locals fishing. Sure, China has a lot of people and formidable development issues to tackle. But it is also a modern country with modern cities that will play a large role in the achievement of the SDGs globally — and locally — and one with many experiences and stories to share. I, for one, can’t wait to learn more.

For more information on our work on Urbanization in Asia and the Pacific, visit: http://www.asia-pacific.undp.org/