Athens Marathon – UNRIC cooperation for the UN@70 and SDGs promotion 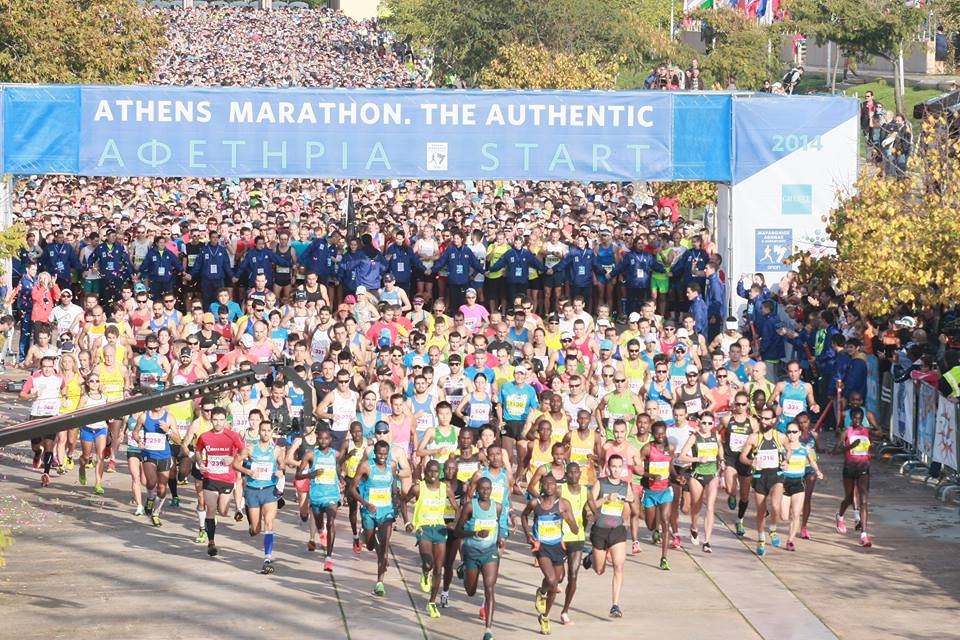 Following an initiative taken by the Greek MFA and UNRIC,  the Athens  Marathon  - The Authentic  (8 November 2015),  has been a  UN@70 commemoration  event,  as well as a Sustainable Development Goals (SDGs)  promotional event for  the Greek  public and the sports community. For this reason, the  organisers  and  the 45000 participants of the  Athens Marathon had the honour of receiving a message by the United Nations Secretary General, António Guterres.

The Marathon was divided in 17 different parts, each-one representing one Goal. By doing so, the race  became a symbol of the humanity’s race towards the achievement of the Goals.  The  SG’s message, as well as the UN@70 logo and the SDGs icons  were printed on the official programme of the Marathon and other promotional material such as the poster, the bibs etc.  Big stickers with the 17 SDGs icons were placed at every 2.5 km of the race, from the start to the finish, with the runners  passing over or next to  them.

Our collaboration with the Athens Marathon, the UN Secretary General’s  message and the SDGs video were warmly received by the Greek media (all the Marathon’s events were covered live by the state television), the public and the sports community.