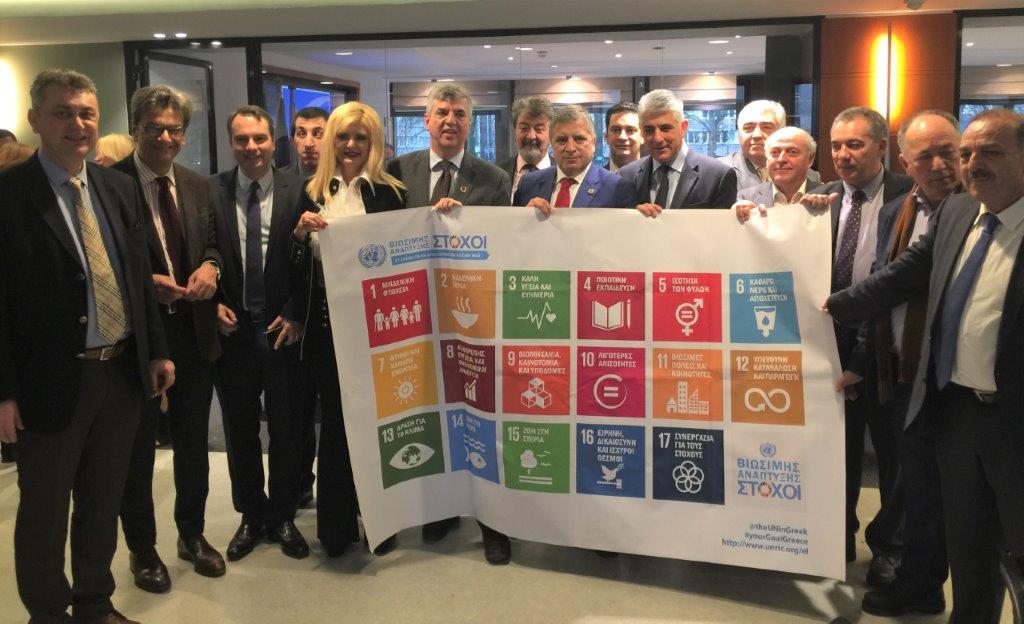 On the occasion of the annual meeting of the governing council of the Union of the Greek Municipalities (KEDE)  that took place in Brussels on 31 January , the  Union’s president Mr. Giorgos Patoulis invited UNRIC Communication Officer Dimitri Fatouros to brief the approximately 100 members of the Union’s council and their staff on the 17 Sustainable Development Goals with a focus on Goal 11 - Sustainable cities and Communities.

Mr. Fatouros referred to the work of the United Nations, the close relation between our Organization with Greece and the humanitarian work of the UN  in Greece after the end of the WW II.  Emphasis was also given to the important  role that the local administration, cities and communities can play for peace, security, human rights and development around the world  and in particular for the  promotion and  achievement  of the SDGs.

KEDE President  Mr. Giorgos Patoulis and the members of KEDE reaffirmed their commitment for working  with the United Nations and  its agency’s for putting the SDGs in the center of the Greek  municipalities’ agenda until 2030.

It was also proposed that a major conference on the SDGs  will be organized by KEDE in Greece.

The briefing was a common UNRIC/KEDE - Brussels office initiative.

Leading by Example: Implementing the SDGs in Canad(...)

Unleashing the power of the private sector in impl(...)