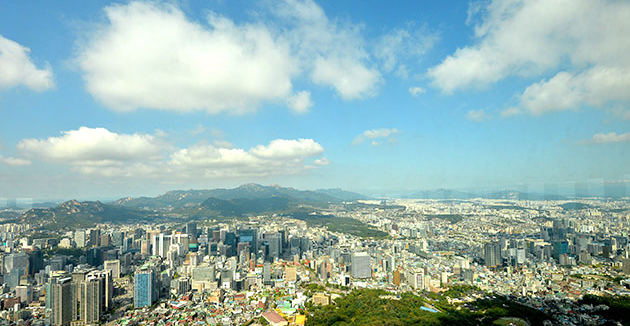 Many cities around the world are using the SDGs as drivers of change for a fairer and more equitable distribution of both resources and political responsibilities.

The City of Seoul, South Korea, for instance has adopted its Sustainable Development Vision, with twelve strategies, twenty-eight tasks and thirty dedicated indicators to implement the international development agendas and review the impact on urban governance and activities.

The key initiatives undertaken so far include: economic democratization, youth employment policies (e.g., the creation of the Seoul innovation park), the Sharing City Seoul initiative, reform of welfare administration, the creation of the Seoul Village Community, energy saving and recycling (with the ‘one less nuclear power plant’ initiative), the bike-sharing service Seoul Bike Tra-reung-I for enhanced transit safety and environmental protection, women safety policies, and the diffusion of open public data, as well as a new public participatory budget system.

In this context, the Seoul Metropolitan Government (SMG) has also announced the Seoul Sustainable Development Goals. The goals embody Seoul’s direction of development as a sustainable city with 17 major goals and 96 detailed targets.

By 2030, Seoul plans to become a city that has a social security system suited for the city to satisfy the basic needs of vulnerable social groups, to make sure that all citizens have access to safe and well-balanced food and receive quality education at a reasonable cost. Another goal is to reduce the concentration of fine dust to 70% of that in 2016 and the generation of greenhouse gases to 40% of that in 2005 to reinforce Seoul as a city that pre-emptively responds to climate change.

The 2030 Seoul Sustainable Development Goals (SDGs) will help the Seoul Metropolitan Government to realize the UN’s SDGs. It will act as a compass for all future policies on the economy, society and environment in Seoul.

Further information can be found here.