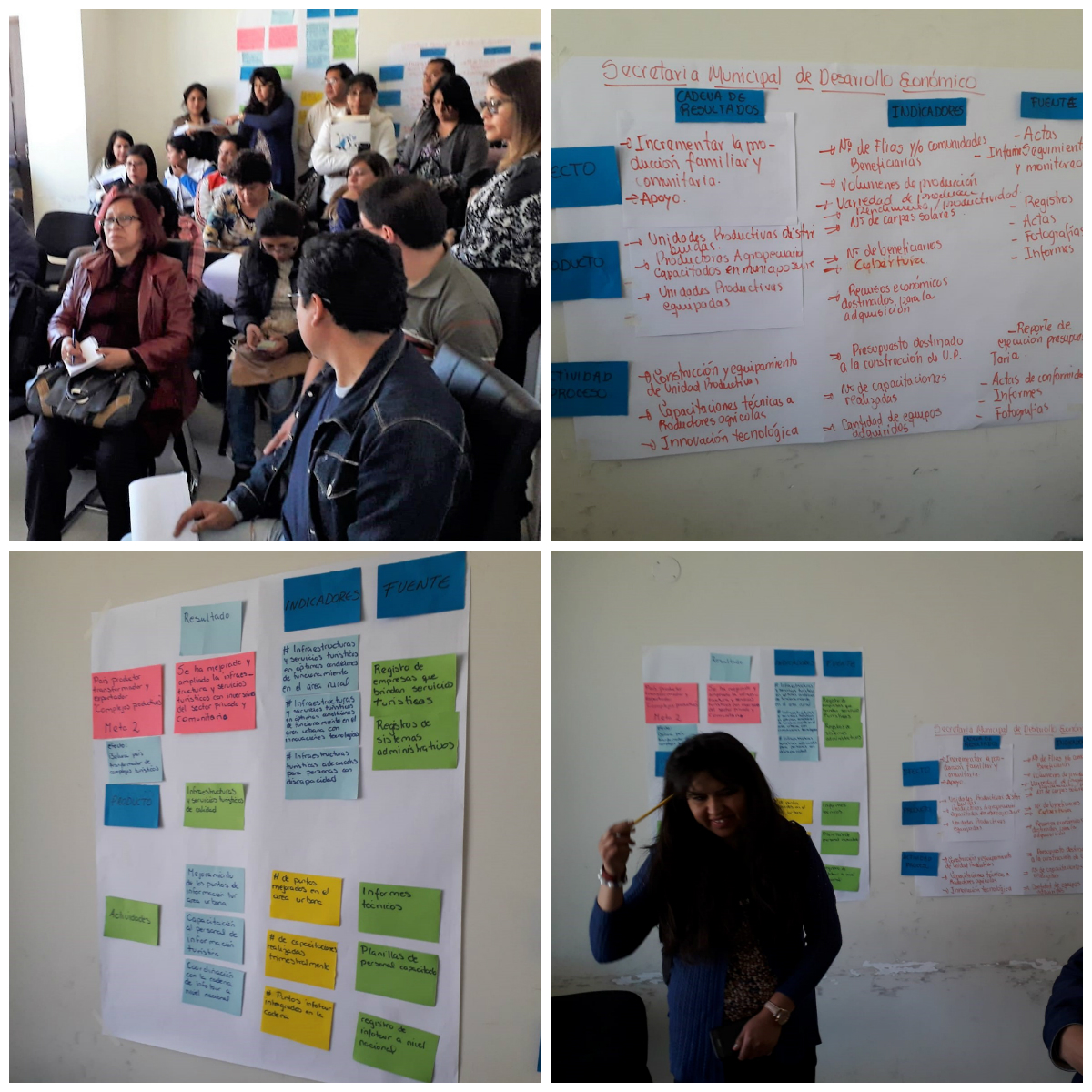 As part of the process of locating the Sustainable Development Objectives (SDOs) in the Municipality of Sucre, over the last few weeks two meetings have been organized with public officials from the nine secretariats of the Autonomous Municipal Government of Sucre. The main purpose of the meetings is to build an Integrated SDG Localization strategy based on municipal planning.

To assume this challenge, capacity must be generated in the municipal teams. This work has had two moments, the first where the conceptual aspects of the Sustainable Development Goals and their results-oriented approach have been exposed. Later, a second moment, in which from the own reality work groups have been formed that sought to make a practical exercise to integrate the agendas. The main objective is for municipal officials to understand how their daily actions generate products that contribute to the results and goals of national planning and how these are related to the SDGs. These meetings were attended by around 100 officials, who have shown great interest and commitment to continue the process of locating the SDGs within the framework of the project financed by the Madrid City Council.

The Sustainable Development Objectives Localization project is an initiative of the United Nations Program and the Madrid City Council that are carrying out an agreement focused on consolidating and promoting urban initiatives that allow promoting inclusive socioeconomic development and local governance, favoring equality, coexistence and cities of peace within the framework of the location of the SDGs.

The main objective of the Sustainable Development Objectives project is to promote citizen participation and dialogue between citizens and local institutions to promote the construction of inclusive cities. Likewise, it seeks to generate knowledge between the city and its institutions and citizens through the exchange of knowledge and implementation of good practices and tools between the participating cities and other interested cities and territories to accompany the location of the SDGs.

Three cities in Latin America: La Paz, Sucre (Bolivia) and Montevideo (Uruguay); and one from Africa, Praia (Cape Verde), are participating in the project as pilot cities to locate the Sustainable Development Goals from different areas, such as: urban violence, citizen participation, municipal strategies for localization, awareness and training on the SDGs directed both to local authorities and citizens.