UN Youth of Finland, Children’s Foundation for the Year of Independence (ITLA) and the City of Hämeenlinna launch a cooperation project for the SDGs 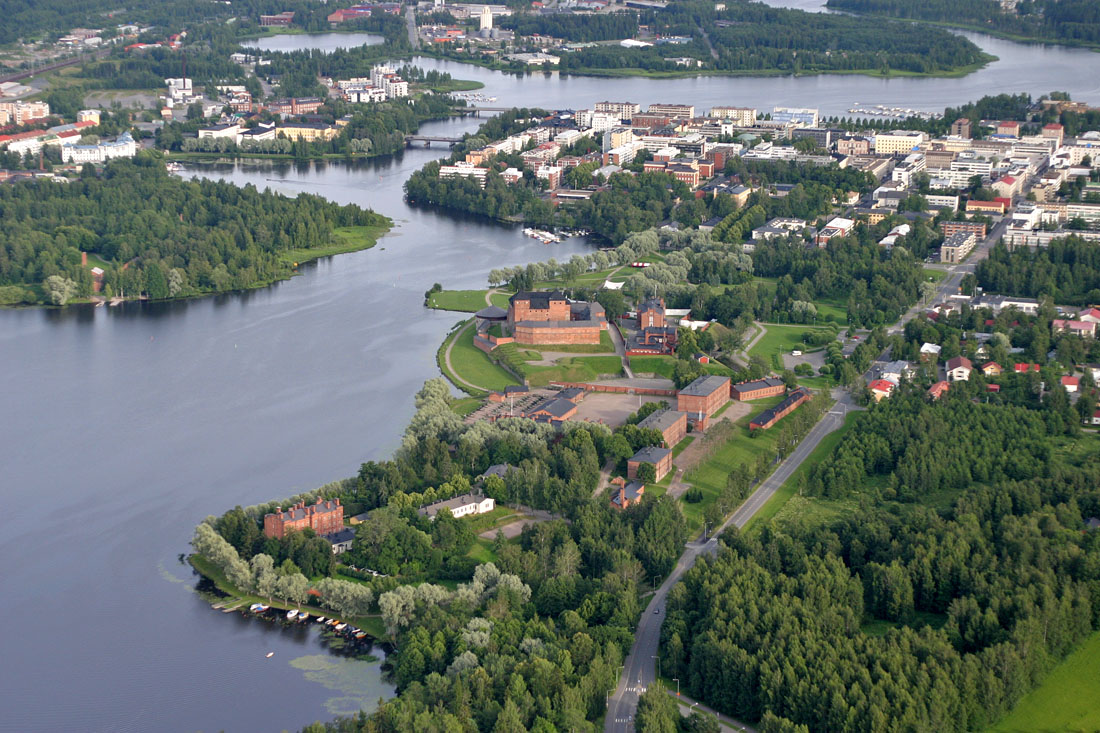 What if next time you grabbed a durable bag for a shopping spree instead of buying numerous plastic bags? What if you did not need to bother with bullying or unequal treatment? Would you support politicians who promote sustainable development or would you become more active in politics in your place of residence? The Youth Declaration of Sustainable Development presents the views of young people living in Finland about what young people - and each of us can make for a more sustainable and equal future. The Declaration has been implemented as a cooperation project of the Finnish UN Youth Association, the Children’s Foundation for the Year of Independence (ILTA) and the City of Hämeenlinna.

The United Nations (UN) 17 sustainable develop-ment goals and 169 sub-goals constitute a complex body of ambitious development programs. It is essential to set clear goals so that we have guide-lines to create a more sustainable and equal future. It is also especially important to start work as soon as possible to achieve the goals, and this project also covers this aspect. Implementing the goals of sustainable development requires participants at different levels: individuals, communities, deci-sion-makers.

The aim of the project is to reach young people from different social and educational backgrounds in different cities, and to meet young people in a wide variety of contexts, such as in educational institutions or during youth events. By the end of August 2017, the project’s commitments were successfully gained. They were collected at the sustainable development workshops in Vantaa and Turku organized by the UN Youth of Finland and at the Reaktori youth event, Youth Speak Forum, World Village Festival, a Europe-an Day event for young people at the Alliance House (Allianssitalo) in Helsinki and at the Hämeenlinna city Jamboree event.

Commitments were made by young people aged 17 to 29, with immigrant background, college and uni-versity students, and 13-year-old junior high school students. The Jamboree event in the city of Hämeen-linna attracted young people between the ages of 10 and 18. At the Reaktori event, an even wider age range was reached, as the participants were be-tween 7 and 29 years old.

The project will continue in the autumn of 2017, when sustainable development workshops will be held in Helsinki, Tampere, Oulu and Jyväskylä. Together with this publication, young people’s ideas and innovations will be presented to social agents in greater detail at the UN Youth of Finland 50th anniversary closing seminar at the end of 2017, as well as in the city of Hämeenlinna, where Children’s Rights Day will be organized on 20.11.2017. At the Hämeenlinna seminar, the declaration will be hand-ed over to Finnish decision-makers and the state-ment will be received by the Prime Minister Juha Sipilä. The project is a part of the Finland’s centenary celebration year program, and its progress is also monitored within the framework of the The Finnish National Commission on Sustainable Development, ”The Finland we want by 2050” being the part of Society’s Commitment to Sustainable development.

One way to look at the seventeen sustainable de-velopment goals is, for example, to divide them into three groups, according to the model of university of Stockholm Resilience Center.1 In this model, social, economic and ecological development are not separate entities, but economies and societies are perceived as biosphere.

In the model, goals 6 (Clean water and Sanitation), 13 (Climate Action), 14 (Life Below Water) and 15 (Life Above Land) belong to the biosphere group and objectives 1 (No Poverty), 2 (Zero Hunger), 3 (Good Health and Well-being), 4 (Quality Education), 5 (Gender Equality), 7 (Affordable and Clean Ener-gy), 11 (Sustainable Cities and Communities), and 16 (Peace and Justice) are society-related goals.

Goals 8 (Decent Work and Economic Growth), 9 (Sustainable Industries, Innovations and Infrastruc-tures), 10 (Reduced Inequality) and 12 (Responsible Consumption), refer to the economic goals. Goal number 17 (Partnership for the Goals) is the center-piece of the whole model, on which meeting all the objectives is based.

Most of the young people’s commitments so far collected in the project can be categorized as bio-sphere and society-related. Among the individual goals, young people have highlighted in particu-lar the goal number 13 related to climate control, number 12 associated with responsible consump-tion, and number 7 referring to affordable and clean energy.

To mitigate the climate change, young people have committed to covering distances, either walking or cycling, using public transport, recycling waste, old goods and clothing, saving water and electricity, and promoting vegetarian and vegan food alternatives. Moreover, the promotion of renewable energies has been mentioned in many commitments which refer to affordable and clean energy.

”I will pay attention to the recycling opportu-nities within my own condominium and I will lobby for more.”

In terms of responsible consumption, young people consider it important to avoid unnecessary shopping and use of plastic bags. What is more, young peo-ple are committed to paying attention to the origin of different products and to favoring local food. In terms of the climate and environment related issues, young people are aware of the impact of their choic-es on the communities of developing countries and are committed to the use of fair trade products.

Many young people realize that sustainable devel-opment means not only mitigation of climate change but people’s equality alongside. Young people are willing to get engaged in the reduction of inequal-ities (Goal 10). They believe that it is also important for example, to stand against racist language and to treat all people as equal and valuable in work, school and leisure activities. Many of them find it crucial to eliminate any form of bullying. Furthermore, the commitments also raise young people’s understand-ing of the importance of interaction and mutual respect between people of different ages and one of the youngsters is also ready to get engaged in increasing cross-generational encounters.

The commitments made in the project strengthen the active citizenship of young people: One young man states in his commitment that he intends to reduce inequalities by means of his own position of responsibility. Those young people who find equality essential (goal 5) are committed to supporting politicians who promote equality.

”I will not make assumptions about other people’s abilities on the basis of their gen-der.”

The social activity of young people is also clearly visible in the areas of cooperation and partnership (Goal 17) and peace and justice (Objective 16). Among other things, young people are ready to play a more active role in politics, to promote internation-al peace and justice, and to participate in cross-bor-der cooperation that seeks to benefit as many as possible.

Young people have clearly understood the im-portance of small everyday activities in promoting sustainable development. Almost without exception, the commitments that have been made so far in the project are the ones that can be implemented by working locally at home, at school, and in own neigh-borhood or district.

For instance, with regard to the above mentioned goals number 16 and 17, young people are also aware of both the importance of cooperation and promotion of peace and the approach towards other people in our lives. Young people are in favor of donating to charities, listening to and helping their friends, as well as getting familiar with ways of peace-building and finding solutions to conflicts in their own circles. One young man has decided to promote cooperation and partnership by participat-ing more in housework in the future.

Most of the young people’s commitments can be thought to be primarily at the local level: one young person lobbying for public transport promises to give feedback to the local transportation operator, while another one volunteers in a local asylum center. It must be, however, noted that especially climate and consumption related commitments are such which do not refer only locally but their conse-quences are a global issue.

Some of the young people have also clearly for-mulated their commitments in a way that they will also have an impact on the global level. One young man says that he is engaged in activity which aims at inequality reduction on European level. Another, in turn, understands the impacts of possible long-term internationalization in home country, when different nations get to know each other. This in turn helps to overcome stereotypes and prejudices and to slowly create bonds between different nations.

Sustainable development through self-care and encouraging others to it

Quite a big amount of the young people’s commit-ments is related to the issue of treating other people. However, it has also been pointed that successful care for others is strictly connected with the way we care for ourselves. The care for one’s well-being can therefore have an impact on sustainable develop-ment. Many young people have chosen goal num-ber 3, which refers to good health and well-being, as especially important for them. They are engaged in promoting sufficient exercise, healthy food and life without intoxicants. One of the young people believes that it is very important not to undervalue oneself and own abilities in terms of gender.

Some young people have made commitments which can bring benefit both to themselves and to other people as well. One of the young who appreciates good education (goal 4) is willing to study hard enough to be able to offer high quality performance in asylum centers in the future. Good education is also an important goal for many other committed young people, and they are willing to encourage,

amongst other things, their friends to study, to take advantage of school remedial education when need-ed, and they are ready to help young immigrants in language learning and everyday life.

”I can raise the topic (clean water and sanita-tion, goal 6) for example during workshops at school. I can educate my friends about the problem and we can exchange ideas. Words into action! ”

The project is so far largely consistent with the re-sults of the Post2015 surveys conducted by the UN youth in 2014 and 2015. At that time, the key issues that Finnish young people recognized were those connected with environment, consumption, educa-tion, peace and cooperation, as well as goals related to equality. In their commitments, young people most willingly aimed at climate change mitigation, promotion of equality and care for both themselves and others.

During the workshops and commitment making, the discussion of the role of international organizations and political decision-makers in promoting sustain-able development was raised. Apart from their own sustainability commitments, young people seem to be waiting for decisive actions especially from the politicians’ side. A more sustainable and equal world will not arise on its own but requires everyone’s effort. What are you ready to do for a sustainable world?