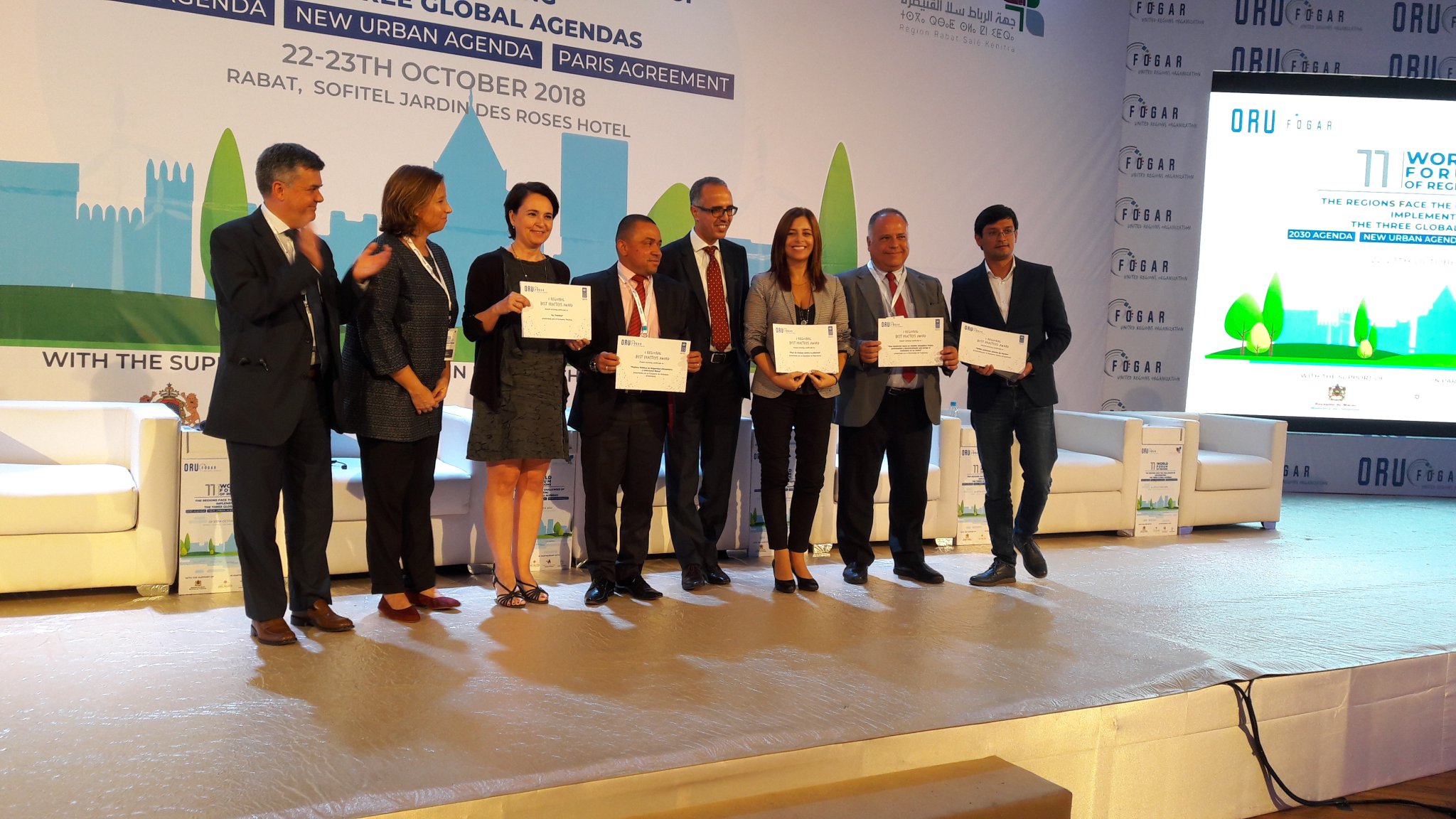 During the closing of the annual meeting of ORU Fogar, celebrated last October 23rd, in Rabat, Morocco, the five good regional practices winners of the third edition of this award were made public. The UNDP and ORU Fogar organize this award annually to recognise innovative regional government practices in line with the SDGs. The five recognitions were, ex aequo, for the Colombian departmental governments of Antioquia and Nariño, for the Government of Trentino, and for the Diputació of Barcelona and the Generalitat of Catalonia.

The jury of this III prize was composed of: Anna Fernández, general coordinator of ORU Fogar, who acted as president of the jury; Mireia Canals, professor and researcher; Rodrigo Mesias, responsible for the policies of the nrg4SD network; Lurdes Gomez, chief technical advisor at UNDP Jordan; Xavier Longan, European focal point of the United Nations SDG Campaign; Johannes Krassnitzer, coordinator of the UNDP ART programme; Mario Biggeri, professor at the University of Florence, director of ARCO Lab and expert in Human Development; Francisca Inês dos Santos, director of the Local Development Unit of the Department of the Prime Minister of Cape Verde and Rosa Suriñach, responsible for the partnerships and communications of the Urban Resilience programme of UN-Habitat.

To know more about the regional practice award, check the website: www.regionsunies-fogar.org/en/