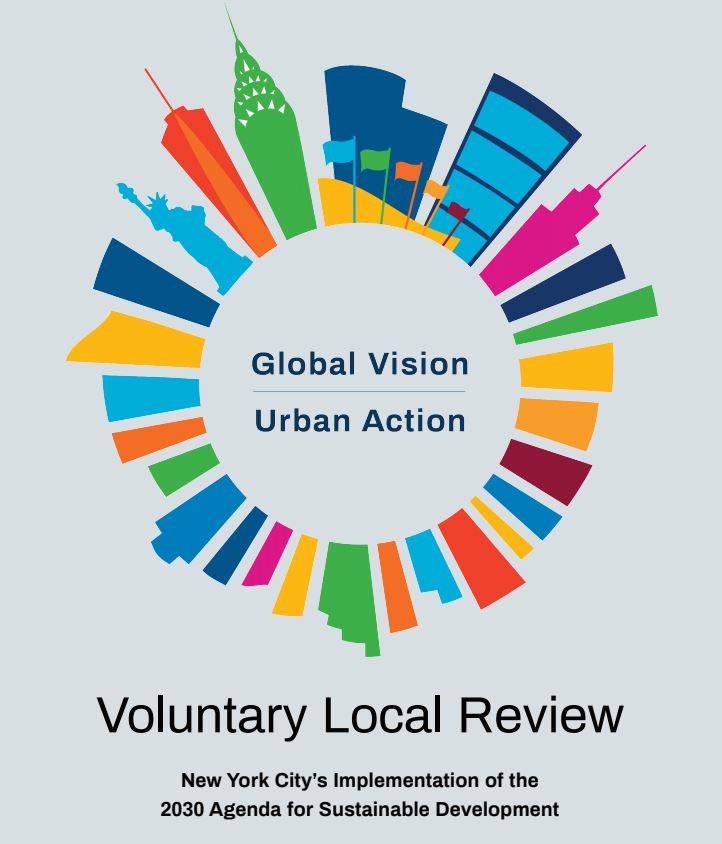 Through this forum member states are encouraged to “conduct regular and inclusive reviews of progress at the national and sub-national levels, which are country-led and country-driven”. These national reviews are expected to serve as a basis for the regular reviews by the HLPF. Regular reviews by the HLPF are to be voluntary, state-led, undertaken by both developed and developing countries, and shall provide a platform for partnerships, including through the participation of major groups and other relevant stakeholders.

While most of the countries have started reporting to the HLPF, since last year, a number of cities have also taken up the task by producing Voluntary Local Reviews (VLRs), a new modality of reporting that is increasingly been adopted by local governments from around the world.

In 2018, the city of New York and three cities from Japan —namely, Shimokawa Town (Hokkaido), Toyama City (Toyama Prefecture), and Kitakyushu City (Fukuoka Prefecture), prepared their reports and disseminated them during the HLPF, but this trend is expected to grow in the coming years, and a few additional cities, like the city of Helsinki, have already announced their interest and willingness of reporting to the HLPF in 2019. The HLPF 2019 is indeed considered to be the ideal moment to reflect on the role of cities in advancing the SDGs, and to elaborate recommendations that can be useful to cities, communities, and territories in addressing the challenges that the 2030 Agenda pose. Reporting progress is key to understanding if we are getting closer to achieving the SDGs, but monitoring process can also serve many other objectives than can help cities and territories improve their own efficiency, inclusiveness and decision making.

On the localizing the SDGs platform you can already find the Voluntary Local Reviews produced so far. The UN Department of Economic and Social Affairs has also created a space for this purpose (see here). If you city or regional government is also producing a local review, do not hesitate to post it and share it with the SDG localizing community.