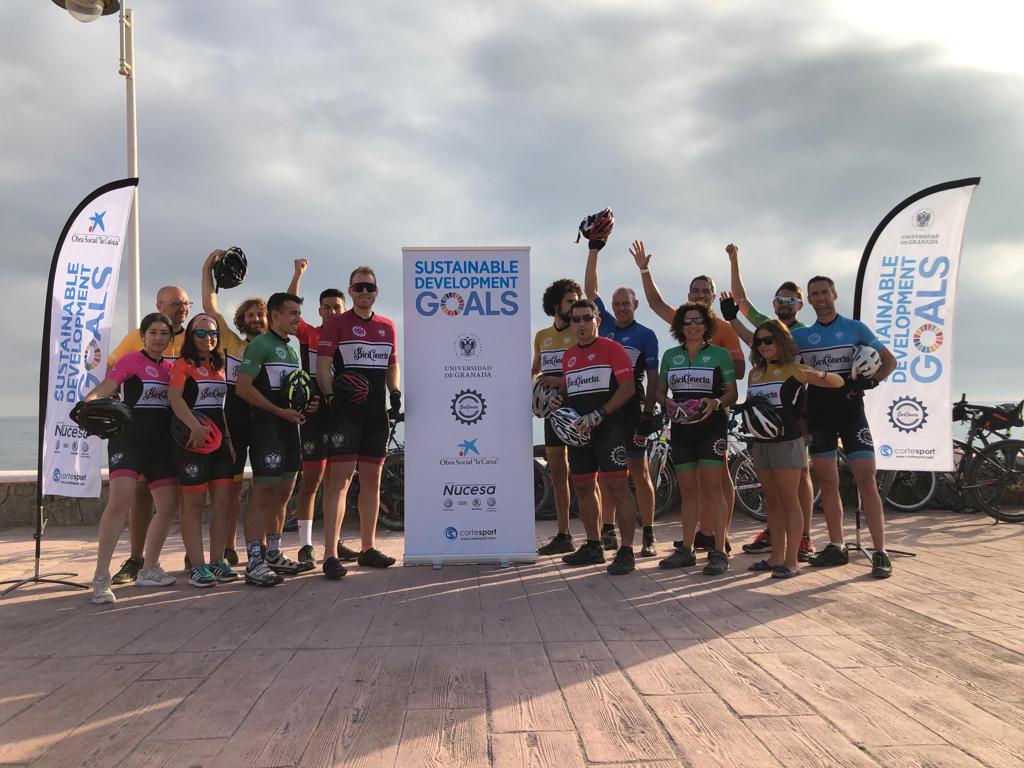 From 1th until 9th of October 2019, has been carried out for the first time the ‘Biciconecta Project’. The Biciconecta Project is an initiative of the University of Granada for the social dissemination of the Objectives of Sustainable Development (ODS) promoted by the United Nations in the Agenda 2030. In fact, the UGR is firmly committed to an alignment with these objectives, both in its strategic plan, focused on the year of its V Centenary (2031), and in the program of the current rector. This project, through educational, cultural, social and sports activities favors the development of the Sustainable Development Objectives, ODS, in the host cities of the different campuses of the University of Granada (Granada, Melilla, and Ceuta), but extends to different localities of the Kingdom of Morocco.

The Biciconecta project has a specific impact on the possibility of using means of transport that use non-polluting energy (bicycles) to connect university campuses on both sides of the Mediterranean, with its positive repercussions for the environment. To this end, a team made up of 16 people with different profiles (academic, researcher and administrative) will carry out a bicycle tour for 10 days, starting from Granada, crossing the Mediterranean on the way to Melilla, crossing the north of Morocco and ending in Ceuta. In the two autonomous cities will be organized Academic Days aimed at disseminating and raising awareness about some of the ODS, providing intercultural character.