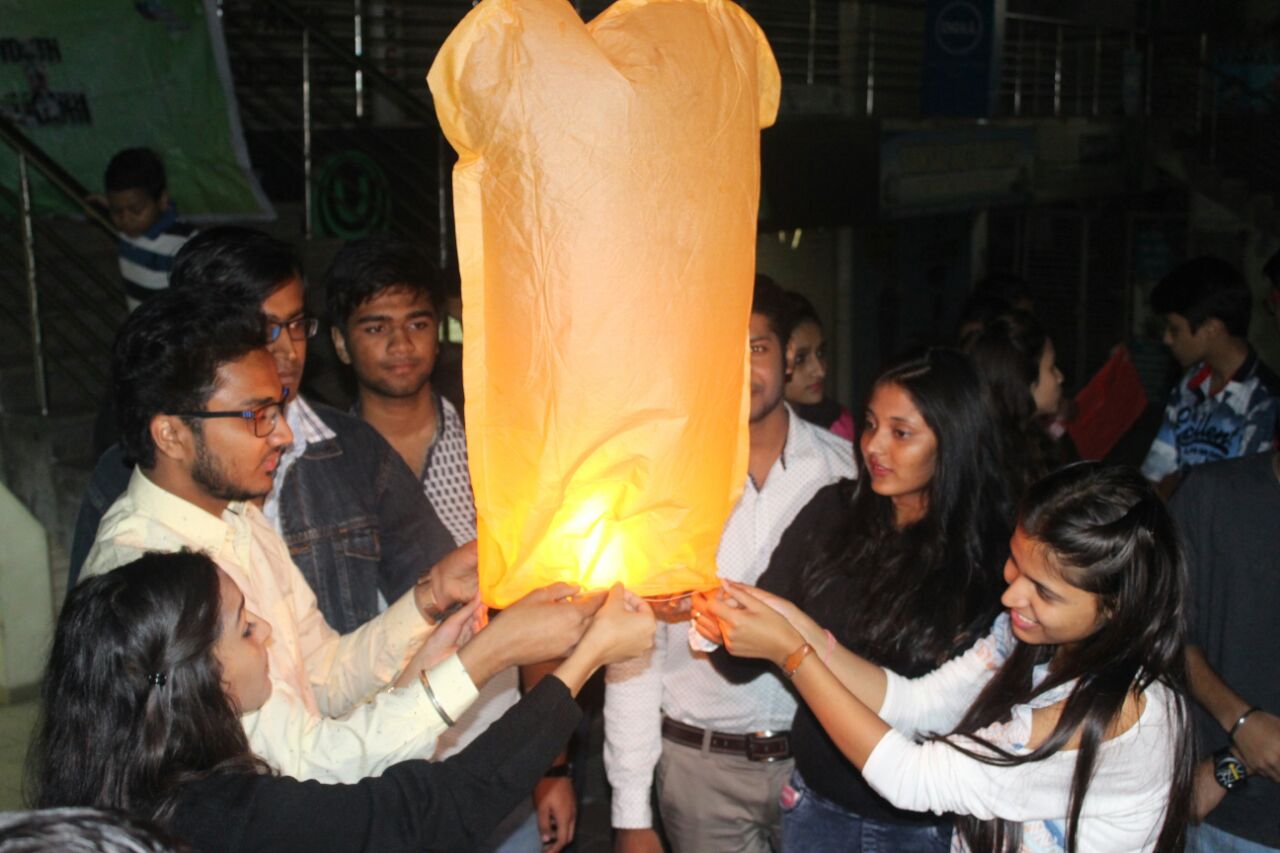 The 2016 UNiTE campaign strongly emphasizes the need for sustainable financing for efforts to end violence against women and girls towards the fulfilment of the 2030 Agenda for Sustainable Development. In order to share this message across the world, it was important to partner with young girls and boys across the country to reach out through various means. Thus, under the guidance and leadership of UN Women With Youth initiative, we hosted various campaigns and initiatives across the country. As Madam Lakshmi Puri, UN Assistant Secretary-General, Deputy Executive Director, UN Women remarks “Our Youth and Gender Equality Strategy seeks to empower young women and men as partners in achieving gender equality.”

Do It Yourself powered by Teach For Green in support of UN Women LEAPs hosted a three-day green energy workshop in order to empower the young girls and boys in order to design solar lamps through recycled materials like soap box, tiffin box, card boards and promote usage of green energy in Sanand, Gujarat. The workshop started on November 25 and continued till Nov. 28. The first day was utilised in hosting interactive sessions and to create a knowledge sharing platform of the need of using green energy. It’s essential to understand the challenges and the need at the grass root level for us to implement right policies. Further to empower these 60 young girls and boys, a frame work was designed in keeping all of them engaged by means of activities like designing circuits, lamps. All these students were also taught the art of soldering switches. Further, all the students through various waste materials generated from their households recycled it to construct unique and creative solar lamps integrated with their knowledge of soldering circuits and having a knowledge about the need and urgent necessity of green energy. One of the key recommendations from the Youth CSW Declaration report 2016 focused on “Economic Empowerment and Entrepreneurship of All Young Women”. Thus, we wanted to empower all these young girls and boys into something constructive by empowering them with the right set of skills, from which they can harvest a cleaner and greener environment. We strongly believe that violence can reduced when girls are economically strong and independent.

Our initiative, Youth Of Pune -coordinated and co-organized by Mr. Vaivabh hosted an awareness campaign around Orange The World supported by Ambitions Institute. The event revolved around interactive workshop, thereby developing a strong action plan which will be undertaken by Youth Of Pune young girls and boys in the grass root and local level. The session also resolved around sharing ideas about LEAPs strategy designed by which can be implemented by the young girls and boys. We screened the video message of Mr. Ravi Sir, Senior Advisor Strategic Partnership and Advocacy To The UN Assistant Secretary- General, UN Women. The entire day had been dedicated to support the cause, where more than 600 students have been sensitized about the cause through various batch of students. I had also seen an active involvement of young people through a live skype discussion which was hosted with one of the batch of 100 students. I took the opportunity to share strategies of how young people through their daily small acts can actively bring the behavioural change and fight against violence in their neighbourhood. In order to support the cause, most of the students wore orange in order to stand up for the cause.

On the 4th December, 2016, Youth Of Siliguri (YOS) coordinated by Mr. Khushal and Miss Twinkle - supported the ongoing international campaign of Orange The World. YOS utilised an innovative and a strong means of sharing the message of reducing violence through Orange Speaking Walls. The YOS team of more than 50 young girls and boys selected 4 public walls. All these walls had been painted Orange and various messages, images had been painted on these walls. Walls of public prominence places are a common sight for the passer-bys. We believed to daily remind the public and people passing by those streets about the urgent need of reducing violence against girls and women.  These Walls not only speak about social messages but also helps to beautify the city.

In the evening, we released orange sky lanterns while supporting the brave actions and steps taken by various girls and women in their daily lives and fought violence in small ways (requested not to share their pictures).

Salesian College Siliguri Alumni Association co-hosted “A step towards Safety for Women and Girls” on 8th December, 2016. Firstly, the association hosted the awareness creation programme “A step Towards Safety – Self security & Road Safety” in order to empower young girls and women about their rights. We invited the Police department of the city to be a part of this awareness campaign. We understand and believe it’s important to include the Police departments in our vision of achieving Violent free society, as the police office is the main key stakeholder of reducing violence against women and girls.

Smt. C.S. Lepcha, IPS the Commissioner of Police, Siliguri has graced the occasion as the Chief Guest and has inaugurated the programme. We also released orange coloured balloons to share the message of ending violence against women and girls. Additional DCP of Siliguri Metropolitan Police Mr. Arindam Sarkar and OC Women’s Cell Ms. Mumtaz Begam were also present in the occasion and conducted the session as well. Ms. Pratima Joshi, the Secretary of Siliguri Nari Shakti was the resource person for the session on ‘Self security’ and Mr. Sunil Yadav, DCP of Siliguri Traffic Police instructed the girls about safety measures to be followed.

The programme was followed by a pledge taking ceremony to combat violence in all forms of physical, psychological or sexual in their neighbourhood. There was also a signature campaign undertaken in the city to spread the message of fighting against violence on women and girls at the grass root level. We acknowledge the efforts of the entire institution and community of Salesian College and Mr. Chanchal Agarwal, President of Salesian College Siliguri Alumni Association for co-hosting the event.

In the end, along with Miss Chandni Hemdev I also prepared a video, utilsing the art form and poetry as a platform to share the message of reducing violence against women and girls. The video had also been screened in the prominent youth forum – Humming Tree, Bangalore during our ongoing 16 days of activism.The recited poem could also be found in the provided link: https://drive.google.com/file/d/0B0-fxXXWIaAIT3dmZGwwcmpVQXM/view?ts=583eb80d

I’m grateful to the entire team and individuals of the various organizations from different parts of the country to coordinate with me to host the campaigns and successfully sensitize the people at the grass root level. I am so thankful to Ravi Sir for his continuous guidance and encouragement.