Want to meet the SDGs? Invest in longitudinal data 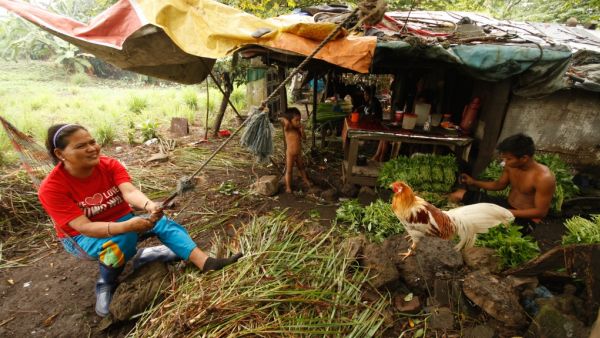 To meet the Sustainable Development Goals (SDGs) by 2030, we need more data. Collecting data can be time-consuming and expensive, but doesn’t have to break the bank. Governments can select the data collection methods and analytical tools that will best help them reach their SDG targets.

Fortunately, there are several approaches at hand. Our research shows that longitudinal data on household expenditure may be a better way of measuring poverty and income inequality in Asia and the Pacific than the cross-sectional data analysis currently used across the region. Longitudinal data tracks the same kinds of data on the same subjects over long periods of time, whereas cross-sectional data is collected from many subjects at a single point in time.

For example, using three rounds of household expenditure survey data collected from the Philippines in 2003, 2006, and 2009, we identified the proportion of the country’s population who experienced persistent (long-term) and transient (short-term) poverty during the period covered by the survey.

If we focus on cross-sectional data only, say for the latest year 2009, we estimate that the proportion of the population who were non-poor in that year is 88.7% while the headcount poverty rate is about 11.3% using the $1.90 a day (2011 PPP) poverty line.

Having access to longitudinal data or panel data lets us examine the historical poverty profile of both non-poor and poor, i.e., we can identify how many people were falling into, escaping from, and staying in and out of poverty over time. For instance, of the 11.3% of the population considered poor in 2009, about 8.9% are considered persistently poor while 2.4% are considered as transient poor.

But what’s more interesting is that within the non-poor in 2009, about 4.3% have just recently escaped poverty after having been poor 2 consecutive survey periods, while 8.9% were once poor or transient poor. 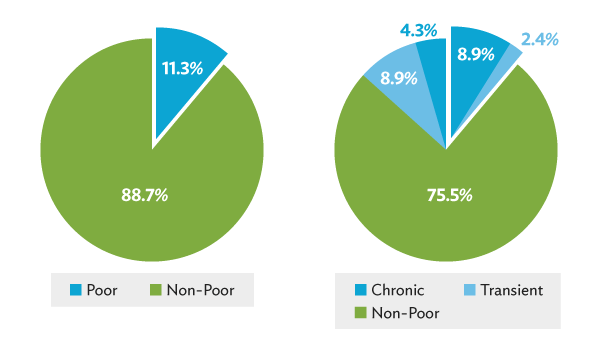 Why is this important? If we can identify the characteristics of persistently and transiently poor households and locate them within the country, national governments can determine the most effective interventions for a given population or geographical area.

The most commonly used statistical models today do not enable government agencies to extract such nuanced information from cross-sectional surveys, as they only measure the proportion of the population living in poverty at a given time, So, vulnerable groups of people within the “non-poor” (e.g. those having recently escaped poverty) using cross section data might be left out when formulating policies for the poor.

Longitudinal data can provide a deeper, more accurate snapshot of the life circumstances of a group of people. As such, it is vital for countries striving to meet SDG1 (eradicating extreme poverty for all by 2030). They should invest more in longitudinal surveys, particularly on household income, consumption, or living standards. Furthermore, the applications of longitudinal data are not limited to studying poverty. Governments can use the same data to inform policymaking on closing the income inequality gap (SDG10).

Armed with panel data that can track factors and circumstances associated with the persistently marginalized, countries can better understand exactly when disadvantage begins to negatively affect households, and when its impact becomes irreversible. Longitudinal data thus helps governments prevent inequality of opportunities, instead of just managing its ill effects.

Despite all these benefits, most long-running longitudinal data sets have only been collected in industrialized countries, simply because the process is costly and complicated. Systematic use of panel data can build a solid evidence base for policies and programs to meet the SDGs, but it comes at a price that stakeholders must be willing and able to pay.

The good news is that longitudinal surveys are increasingly available across Asia and the Pacific. The family life surveys conducted in Indonesia and Malaysia are examples. However, such initiatives are not conducted regularly, and need to be integrated into official statistical systems. This can be easier than it appears, as panel surveys can use data from previous cross-sectional household surveys, thereby reducing start-up costs.

We won’t be able to end poverty everywhere in all its forms without solid information to underpin policies. By investing in timely and high-quality longitudinal data, we can turn this vision into reality.